Looking to the Future

Looking to the Future 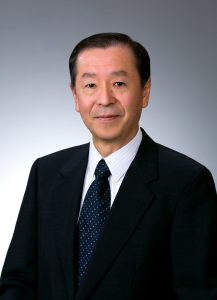 The association, JCMA, was established in 1950 to mechanize the construction industry and contribute to improvement of human life through national economic development under the joint jurisdiction of the Ministry of Economics, Trade and Industry (METI) and the Ministry of Land, Infrastructure and Transport (MLIT) of Japan.
Since then, we have promoted research and development, distribution of information and education in various fields of construction engineering, and played an important role in promotion of construction productivity as well as in the flourishing development in Japan and in the neighboring economies.

We will continue our leading role in engineering innovation and development of the world in the coming age.
The JCMA has also an academic role and is under the control of various scientific and engineering regulations of the Japanese government.
The JCMA has 8 local offices in main cities in Japan, and a research institute at the foot of Mt. Fuji, the Japan Construction Method and Machinery Research Institute (CMI).

This Association, as an academic body for the purpose of academic research and study, has the following characteristics: